DNApl is a simple programming language that allows the easy description of DNA molecule. This short tutorial will provide you with the basics and allow you to get going.

Another useful way to start is by editing a similar DNApl specification that can be found under the "Examples" section, to suit you needs.

Definition of a DNA fragment is of the form:

This defines a fragment called XhoI which corresponds to the DNA sequence CTCGAG. Note the semicolon at the end of the line.

The folowing DNApl program illustrates most of the operations mentioned above. 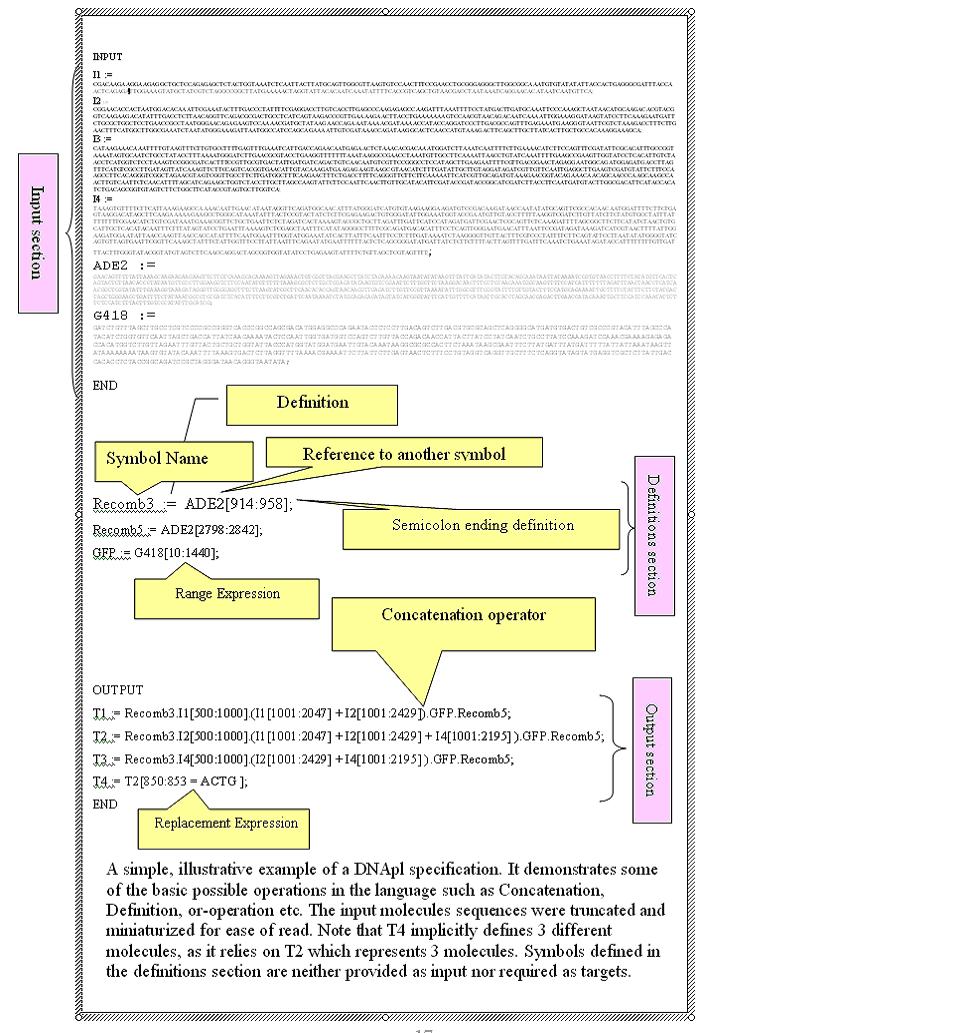