This WP has two goals:

The output of this WP will be the specification of each sub system and its interfaces, methodologies for fault detection in library construction and algorithms for automatically dealing with faults in construction.

The entire integrated CAD/CAM system, as presented in the flow chart below, starting from specification of a DNA library from the user and ending with the actual delivery of the DNA molecules produced by the robot to the end users has now been completed for several libraries and delivered to CADMAD partners.

The two figures below describe the progress we made over the past year in integrating the entire system. Specifically, during the past three years we integrated three new elements into the system, namely: 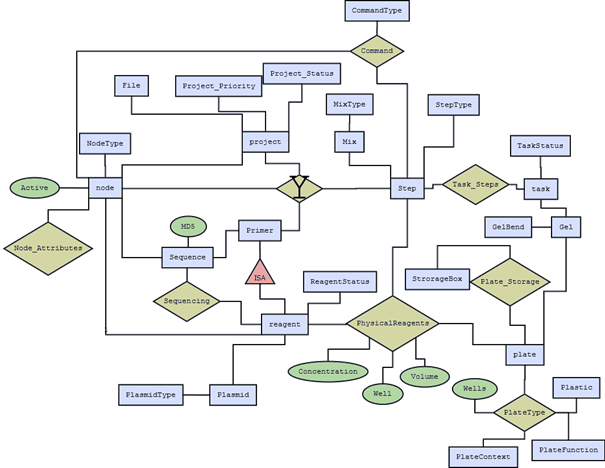